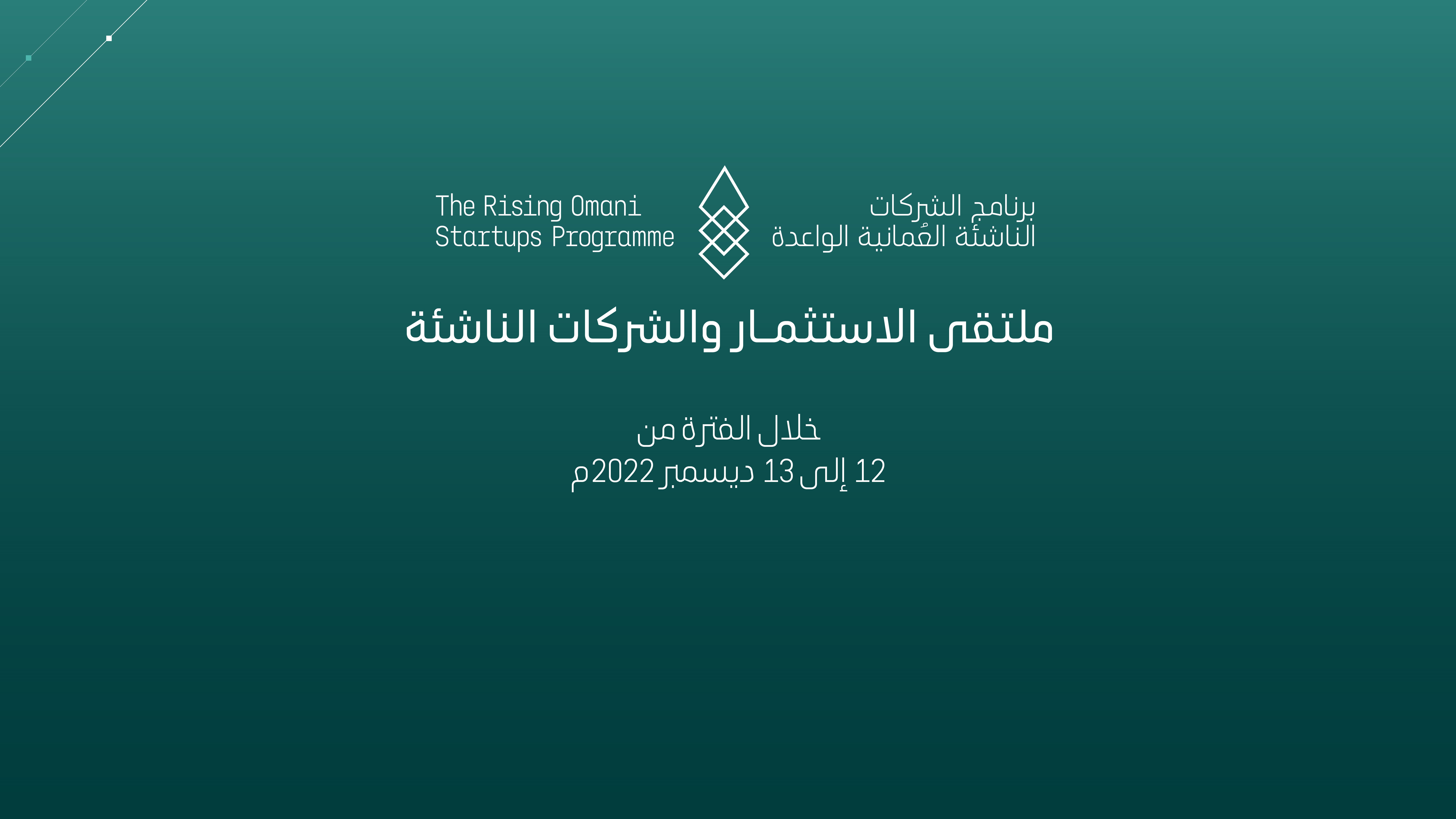 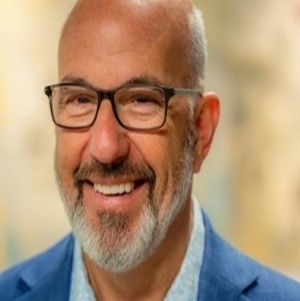 Jeff Hoffman is chairman of the board for the Global Entrepreneurship Network where he focuses on providing strategic Input and communicating GEN's vision while serving as the organization's chief evangelist. Hoffman is a successful entrepreneur, proven CEO, worldwide motivational speaker, bestselling author, Hollywood film producer, a producer of a Grammy winning jazz album, and executive producer of an Emmy Award winning television show. In his career, he has been the founder of multiple startups, he has been the CEO of both public and private companies, and he has served as a senior executive in many capacities. He has been part of a number of well-known successful startups, including Priceline.com/Booking.com, uBid.com and more. Hoffman also serves on the boards of companies In the US, Europe, the Middle East, South America, Africa, and Asia. He supports entrepreneurs and small businesses on a worldwide basis. He is the Chairman of the Global Entrepreneurship Network, which works with entrepreneurs in 180 countries, as well as being a founding board member of The Unreasonable Group. He supports the White House, the State Department, the United Nations, and similar organizations internationally on economic growth initiatives and entrepreneurship programs. He is a frequent keynote speaker, having been invited to speak in over 60 countries. He speaks on the topics of Innovation, entrepreneurship, and business leadership, and is the author of the book SCALE, a how-to guide for growing your business. He also teaches innovation workshops to major corporations on a regular basis. Hoffman was honored with the Champion of Entrepreneurship Award from JP Morgan Chase and Citibank, as well as receiving a Lifetime Achievement Award and being inducted into the Entrepreneurs Hall of Fame. Outside of the world of technology, Hoffman has produced TV shows, has produced movies in Hollywood, has produced musical events including concerts, tours, and charity events with such artists as Elton John, Britney Spears, NSYNC, Boyz II Men, and others, and serves on numerous charity and non-profit boards. 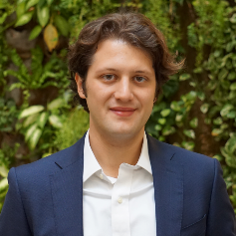 Director of Secretariat at EBAN, Madrid

Director of Secretariat at EBAN, Madrid

As the Director of Secretariat, Jacopo tracks issues of strategic importance to the early-stage investing ecosystem. He also strives to identify opportunities to influence the EU decision making processes, working closely with industry's stakeholders to promote the excellence and expertise of EBAN's Board Members to the European audience. Jacopo is also responsible of the coordination and implementation of EBAN'S activities in EU funded projects. Being the first contact point of the Association, he is also looking after the members' interests and helping ensure they obtain best value from their membership. Jacopo holds a Bachelor's degree and a Master of Science degree in Business Administration from Bocconi University in Milan, Italy. Thanks to his education and his strong academic background both in marketing and in financial management, Jacopo has a successful track record with international work experiences. He is a native Italian speaker and perfectly bilingual both in English and Spanish 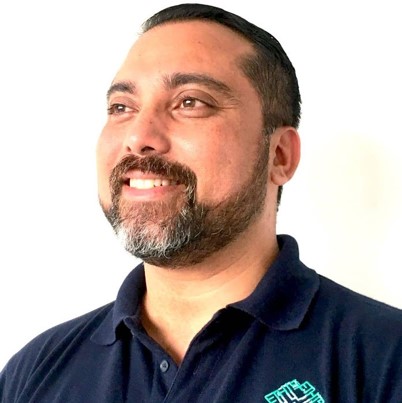 Mohamed Shehzad or zad as he is commonly known to family and friends, has assumed roles in corporate planning, management consulting, business development, marketing and sales, strategic planning and investments. He has been a corporate executive, part of a family office and an entrepreneur. His engagements have spanned multi-sectors including the emerging field of fintech. 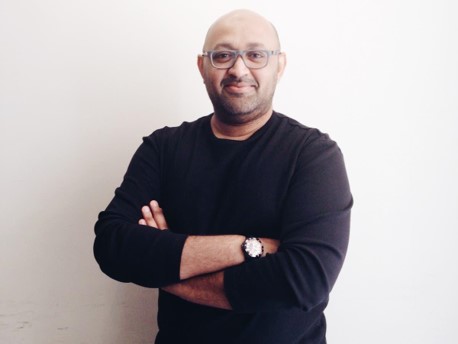 Forbes Middle East recognizes Abdulaziz Al Jouf and PayTabs as one of the key CEO’s and payment players in the region, year after year. Abdulaziz has figured on the cover of Forbes and countless other publications including Arabian Business. He has been conferred with multiple CEO Excellence Awards for his hallmark contributions to the fintech and payments space in the region. He regularly features in media interviews for mainstream publications including Bloomberg, Reuters, Sky Arabia, CNBC and CNN Arabic.

In addition to being a serial entrepreneur, AA (as he is fondly known) is a bookworm, a fitness enthusiast, globe trotter and just fun to have coffee with. 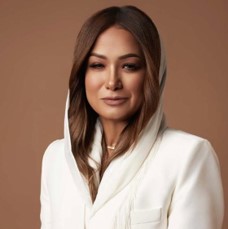 Amal is a passionate professional in designing experiences, guiding corporates and startups to innovation and customer centric design, providing creative solutions, achieving mastery in service industry, manipulating the tools of marketing to evoke customers emotions. She is also immersed in working on corporate innovation to instill the ability to adapt to a rapidly changing social and business environment leading to great rewards and returns

Throughout her career Amal gained a diversified range of experience in management and marketing related roles particularly in education and consultancy. Currently, Amal is part of the Entrepreneurship Center in King Abdullah University of Science and Technology in a number of roles including the New Ventures Acceleration and Corporate Innovation program. Prior to that she worked in the KAUST Seed Fund where she developed marketing and events, while also providing a range of services to startup clients. Amal has previously managed an educational organization; during that time she designed programs and started several innovative initiatives to be implemented by the educators to improve the mindsets in order to foster creativity in the workplace and the educational tools.In parallel to this she started her own business, which organized sports events and offered commercial consultancy to large organizations. During her masters degree research period in the University of Wollongong she managed to be exposed to large organizations and built marketing strategies to several entities such as Dubai government departments, Kempinsky hotel, Infiniti Cars and other service providers. She was also involved in a joint venture with another start up in Dubai focused on creating media and production services to other agencies including Starcom Dubai, Yahoo Dubai and many others. She also co authored two business articles focused on services marketing during her masters . 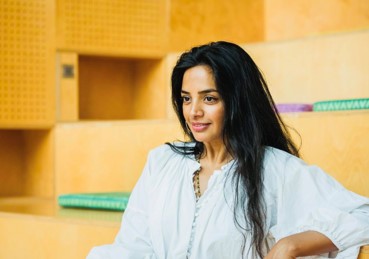 After spending the majority of her professional working life at Google, Ketna     decided to move to India to explore manufacturing and product development. She has designed beautiful products made from recycled plastic which are currently exclusive to a concession at Selfridges. She has also designed the world’s first wearable travel blanket which is launching this year. Her other hours are spent helping tech start ups raise investment through a programme funded by the Mayor of London. 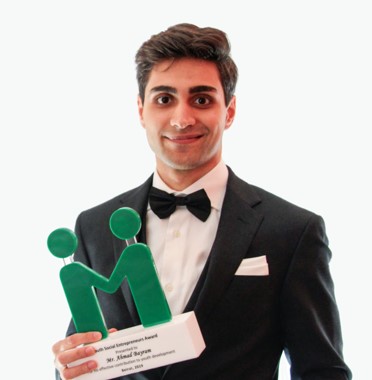 Ahmad is an award-winning social entrepreneur, and the author focused on supporting vulnerable communities, including those in conflict and fragile societies, and refugees to access entrepreneurship.
He works as Europe, Middle East, and Africa Regional Manager at Techstars, 2012. Since 2012 he has been helping hundreds of founders from underrepresented communities to gain access to entrepreneurship opportunities and build a supportive environment.
He has written, "Entrepreneurship In Conflict Zones", "Entrepreneurship in Exile," and “Relentless” to shed some light on the status quo of founders, in conflict zones, and as refugees in host countries. In addition to other publications. 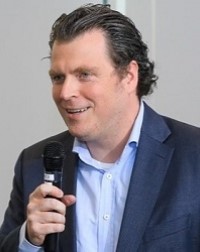 Philipp’s clients include government and private sector entities, his projects are focused on eco-system development, Innovation and Growth and Performance Management.

His recent pieces of work, many on the interface of public and private sector and research include the establishment of the Sheikh Mohammed Bin Rashid Innovation Fund, the Swiss Technology Innovation Fund, Business Innovation and Acceleration concepts, Foreign Trade and FDI strategies, organizational set-ups in economic development, funding mechanisms for MSMEs, eco-system enablers and others.

With 10 years international experience in the field, Philipp has supported public sector clients in the Middle East as well as in the CIS, CEE, Africa and ASEAN regions. His corporate jobs include technology start-ups in the field of Finance, Education and Energy and Human Resource development. Philipp has worked with multinational teams in more than15 countries and in collaboration with both strategy houses as well as system integrators.Philipp’s clients include government and private sector entities, his projects are focused on eco-system development, Innovation and Growth and Performance Management. 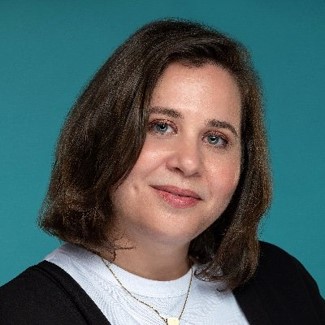 Lawyer, leader, governance expert and passionate sustainability advocate, Farida’s belief that innovation should make way for a more comfortable, convenient and sustainable life for all is what became the inspiration behind Kyma. Farida grew up in Switzerland, an environment in which she developed a natural flair for innovation in sustainability. A proud Dutchyptian, she speaks six languages, and has over the years, become a guiding force and growth catalyst for family-owned businesses in the UAE. Her international upbringing along with her achievements in transforming local businesses into successful and sustainable enterprises have helped her develop a clear vision of the future of businesses and sustainability. 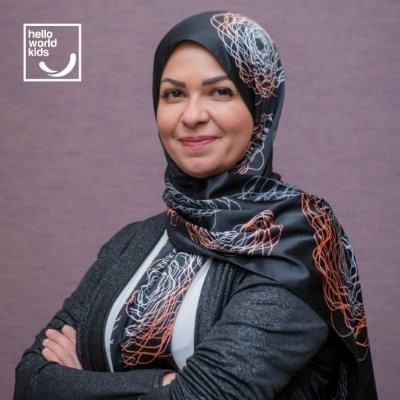 Hanan is the founder and CEO of HelloWorldKids, the educational platform for kids to learn coding at

school or at home www.hellocode.me . She has established her company in 2015 aiming to develop

simplified and interactive programming curriculum that replaces the old traditional computer classes. Her

curriculum has been adopted by 200+ schools, and benefited over 100K+ children. Hanan is a researcher

on how to teach programming for kids. She made a great success with her engineering team to create a

new programming language called SmoothY; fundamentally built to form a bridge between kids and the

advanced programming languages in the world; all presented in a very streamlined and intuitive

Before starting her entrepreneurship journey, Hanan built the foundation of her tech and business

mastery through working as a Software Development Manager and CTO in several reputable companies,

including Maktoob, IntegrantInc, and Jeeran, among others. Hanan helped to plan and build tens of online

platforms and businesses in the MENA region.

platform that helps people to search and find the best catch easily and quickly.

Entrepreneur of the Year 2017, and Queen Rania Award for Education Entrepreneurship 2019. Hanan has

been selected in 2013 by the U.S. Bureau of Education and Cultural Affairs as a Leader in Technology at

TechWomen organization, to represent Jordan in the Silicon Valley. 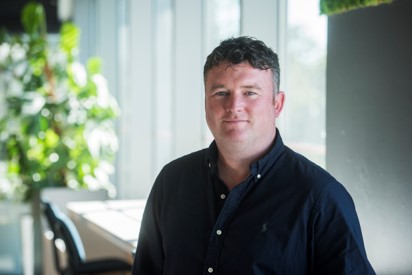 Andrew is Plexal’s CEO and focuses on helping government and industry unlock the potential of science and technology. Under Andrew’s leadership, Plexal works with some of the most influential UK government departments and global tech companies to deliver innovation projects like the LORCA accelerator, NCSC For Startups, Cyber Runway and a telecoms challenge that’s exploring the role of SMEs in a diversified telecoms market. Plexal have supported the design of the Omantel accelerator, and have run a series of programmes for the UK Oman Digital Hub in partnership with the British Embassy in Muscat.

Andrew has spent the predominant part of his career in technology infrastructure sectors driving business transformation for enterprise clients and major cities.

Before joining Plexal he was the chief operating officer at Here East, where he was responsible for creating an ecosystem where large and small companies collide and helping Here East deliver on its legacy goals following the 2012 Olympic Games. 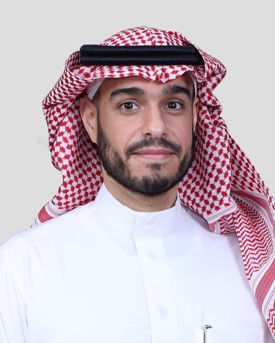 Nayef Al-Athel is the Chief of Listing at the Saudi Exchange. His responsibilities include managing the entire listing process across all platforms (Equity, Debt, ETFs and REITs), increasing IPO awareness among family businesses and private companies, and deepening the Capital Market through various tools. Prior to this, Al-Athel worked at Morgan Stanley, Saudi Arabia as the MENA Relationship Manager and the Head of MSIM Sales Saudi. He started his career at MS in the Institutional Equity Department. In 2009, Nayef worked at Venture Capital Bank in the Private Equity and Financial Advisory Department & Treasury Department. In 2016 and 2017, Nayef Al-Athel successfully completed management programs at INSEAD and the London School of Economics, respectively. He graduated from King Fahad University of Petroleum and Minerals in 2010, with a Bachelor of Finance & Economics. Furthermore, Nayef was first in his class of the Industrial Management graduates, with a first honor distinction.